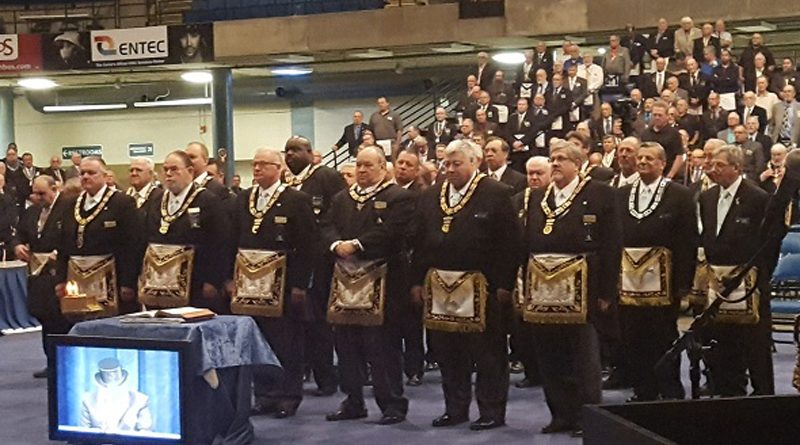 Most countries of the world have a single “Grand Lodge” which has jurisdiction over all individual Masonic lodges within that country. In the United States, every state has its own Grand Lodge which serves as the ultimate Masonic authority within that state. There is no “Grand Lodge of the United States.” Among other things, a Grand Lodge has the authority to charter new lodges within its territory; to establish rules and regulations which all individual lodges must follow; and even, in extreme cases, to suspend or revoke the charters of individual lodges.

Masonic activity in Illinois, however, is much older than its Grand Lodge, and even than the state itself. In 1805, seven Freemasons living in the town of Kaskaskia in what was then part of “Indiana Territory” petitioned the Grand Master of the Commonwealth of Pennsylvania for a charter to form their own lodge. They were granted a dispensation, and in September of 1806, the “Western Star Lodge” in Kaskaskia was officially constituted. It is not known how long this lodge operated, but it appears to have been dissolved sometime between 1829 and 1835.

Illinois officially became a state in 1818, and its first Grand Lodge was established in 1822. Unfortunately, the 1820s were a period of intense anti-Masonic persecution, and the Grand Lodge dissolved in 1827. During the 1830s, Freemasonry gradually recovered, and by 1840, another Grand Lodge, which is still in operation today, was formed in Jacksonville.

Today, the Grand Lodge of Illinois has responsibility for over 460 lodges with a combined membership of about 57,000 Freemasons. If you would like to learn more about our Grand Lodge and its activities, you can visit its Web site at https://ilmason.org/.